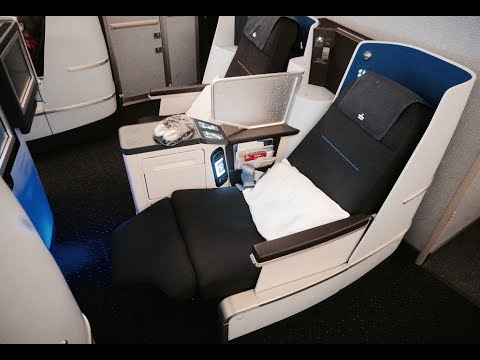 Bob Proctor first explained The Vacuum Law of Prosperity to me by telling the story of his Aunt Marge, who told him she hated her curtains. Taking the risk of offending her, he told her that she was really quite happy with her curtains and when she asked how he could say that, he explained that if she really no longer “resonated” with her curtains she would have gotten rid of them long before. Then he explained The Vacuum Law of Prosperity to her as well. He coached her by having her give away the curtains she no longer wanted and that by law she would get the curtains she loved. She objected by complaining that she did not have the money for new curtains. He responded by saying, “just give the old curtains away and you will be surprised by what will happen.” The next time Bob went to visit his aunt; she happily showed him her new curtains. The Vacuum Law of Prosperity really works.

Well, my wife learned that lesson for herself very dramatically this past Spring. It started with Spring cleaning and the inevitable garage sale that occurs as a result. Then, as we were discussing the garage sale, I had an idea.

“Honey,” I said, trying to get her to look up from sorting through a box of junk.

“What?” she asked as she looked up from her sorting.

“Well, you know, we have been so blessed recently, and we really don’t need the money, let’s show our gratitude and practice the vacuum law of prosperity by giving it away,” I explained. I had just heard Bob Proctor’s story about his Aunt Marge and he finished it by saying he felt sorry for all those people who had garage sales because they didn’t understand the law unless they gave it all away.

My wife smiled as she said, “OK. Besides, there are so many people who we can help right now by giving it all to them.”

A few days went by and the day of the “garage sale” without sales prices arrived. As I was carrying some things out to the front yard, I noticed my wife writing some prices on a couple of items.

“What are you doing?” I asked.

“Oh, I am marking the prices on some of these items,” she answered.

“But I thought we were giving all this away today as we agreed,” I asked somewhat confused by her apparent change of heart.

“I decided I wanted to raise some money for a rotor tiller for the garden”, she explained. “And I think we will raise enough money through this sale to get just the tiller I need. I’m sorry, I know you wanted to give this all away, but I need a few hundred dollars…” her voice trailed off, as she saw the disappointment in my face.

I thought for a moment and then said, as diplomatically as I could, “May I suggest that we go ahead and give all the garage sale items away as we discussed. I really believe we will see a miracle with The Vacuum Law of Prosperity and if we don’t see something happen, I will buy you the rotor tiller you want.”

She thought for a moment and agreed to give everything away as planned.

The morning passed in the most amazing way. People were expressing heartfelt gratitude to us, for the things we were giving away were valuable treasures to them. Some stuffed money into my hand anyway and many gave us hugs of thanks, as a couple of women thanked me with tears in their eyes. Almost everyone wanted to know why we were doing this and I simply explained that we had been so blessed; we wanted to show our gratitude by doing something like this for others. I was really feeling great when one gentleman, who seemed inspired by our generosity, asked me if I knew anyone who could use a garden tractor. He said he had one that he felt he should give away. I was so surprised by his question; I numbly grabbed my wife’s sleeve as she rushed by with a box in her arms.

“Hon,” I exclaimed as she moved by. “You need to talk to this guy.” She put down her box and gave us her attention, and the man repeated his request. A look of shock passed over my wife’s face and she looked back at me as she could hardly believe what she was hearing.

“Yes,” she nodded slowly. “I know who could use your garden tractor.”

“Who,” asked the man, who by now was becoming somewhat un-nerved by our surprised responses.

“Us,” My wife said as tears began to well up in her eyes. She looked at me and I knew she remembered my promise an hour earlier of a miracle of some kind if we would but test The Vacuum Law of Prosperity.

She had made the space in her life by giving away a whole bunch of ‘stuff’ in our garage; by cleaning out the ‘stuff’ in her life. And within an hour, someone literally gave her more than the thing she desired – a garden tractor with a plow-type tiller attachment. Coincidence? Perhaps, but when I have a choice, I choose to believe.